The International Monster Truck Museum & Hall of Fame inducted its very first class of honorees in November 2011. Each year the IMTM will honor another group of the most influential people in the history of monster trucks. This page will show who has been inducted into the Hall of Fame each year, along with all of the nominees from that year.

A common question is “How does the process work?”. Scroll down to the bottom of the page for a full description of how individuals are nominated, voted on, and inducted into the Hall of Fame. The IMTM works very hard to ensure that the Hall of Fame is for ALL of the monster truck industry, so we use a process that combines many different opinions and viewpoints and guarantees that no single person’s opinion can dominate the process.

2011 Hall of Fame Nominees: For the first class of the IMTM Hall of Fame, the Board of Directors chose those who are most recognized as the originators of the monster truck industry, and then put in place a Nominating and Voting process for the years to follow. 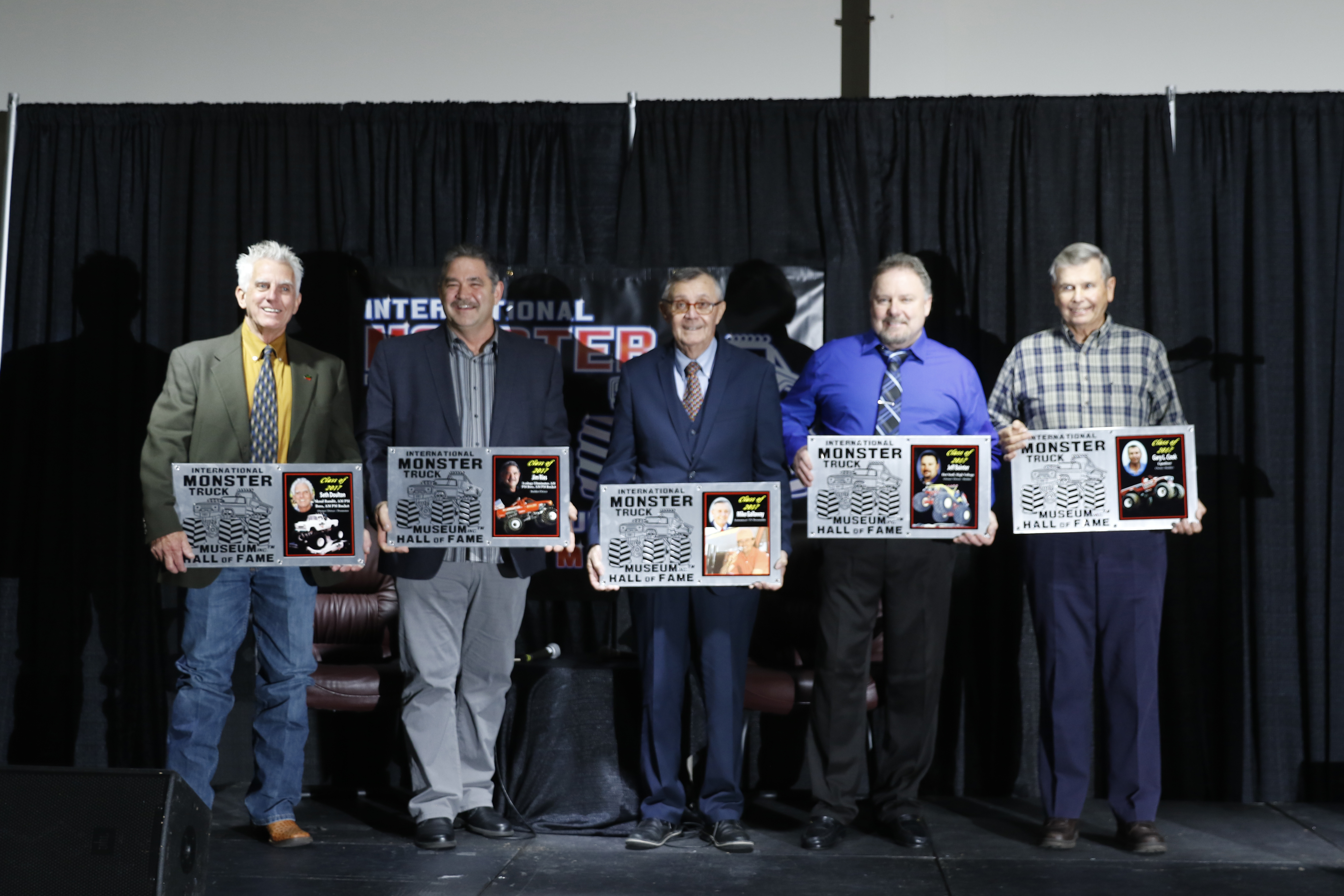 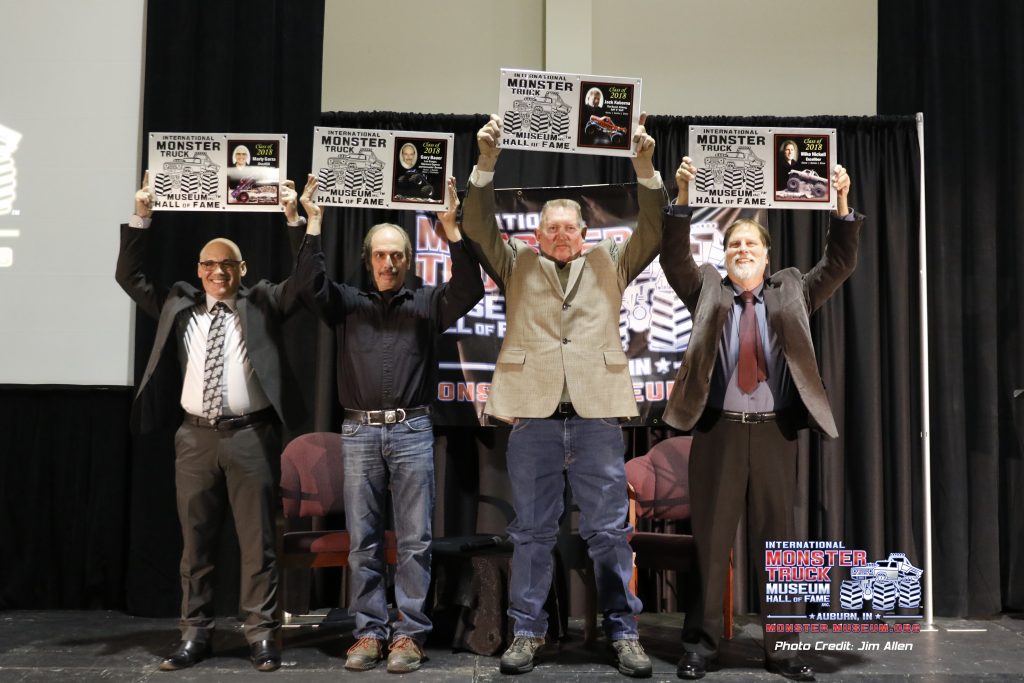 An official Nominating Committee will be utilized, consisting of 20 people from all aspects of the monster truck industry. This committee will consist of select current & former drivers, promoters, media and other people who have worked in, and/or studied the history of the industry.

Members of the Nominating Committee have an incredibly important task as they must research monster truck history, compare the accomplishments of all candidates, seek and consider input from others in the industry, and ultimately arrive at a list of chosen candidates and summarize the qualifications of each.

Select members of the committee will be retained for the following year, while others will be switched out for new members in order to keep a fresh perspective in the nominating process and to involve more people in the industry as part of the selection process.

Beginning in May each year, the Nominating Committee will begin narrowing the great number of candidates who have excelled in the monster truck industry over the years, down to an official voting ballot of 20 names.

Each committee member will submit a form listing 15 names they wish to nominate, along with a brief explanation of the qualifications of each. When all nominating forms have been received, the IMTM will tabulate the results and the 20 names submitted most across all committee member forms, will be the official IMTM Hall of Fame Nominees.

With such a large group of worthy candidates from all reaches of the sport, the Board of Directors has created the following eligibility guidelines for the Nominating Committee to consider:

– Candidates will be primarily considered based on all contributions to, and accomplishments in, any aspect of the monster truck industry, and will not be inducted by a group (i.e. inducted as a driver, promoter, media, etc.). Because people in monster trucks often work in multiple roles over their career, consideration should be given to their entire body of work.
– Consideration should also be weighted to the timeline of their involvement in the history of the sport (preference given to those who began their monster truck career earlier)
– Nominees not receiving enough votes for induction into the Hall of Fame in a given year will not automatically be nominated for the following year. Each year the slate is wiped clean, and the process begins again.
– There is no limit to how many times a candidate may be nominated but fail to receive enough votes for induction. These candidates will always remain eligible for nomination in future years.

As the years pass and a greater number of the sport’s most influential figures have been inducted, the Board of Directors will consider putting in place additional eligibility requirements, should they become necessary, to limit the pool of candidates to only the best and brightest.